When enquiring about adaptors or hose ends with metric thread, we here at Gerrard Hydraulics will always ask if the thread is metric heavy, metric light or screwing into a port or manifold. The latter will be discussed later but first, we’ll take a look at what metric heavy and light are all about. 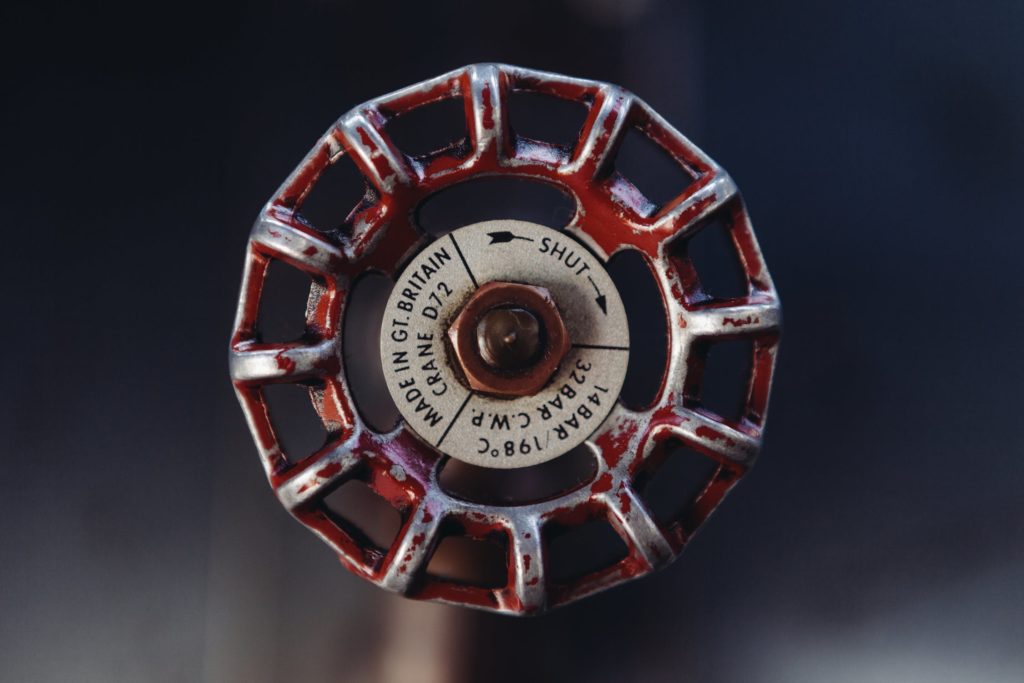 Metric hydraulic fittings come in a range of standardized thread sizes. These thread sizes are usually available in both a heavy and light series. The heavy series is for a smaller tube OD with a thicker wall. The light series for the same thread size will have a slightly larger tube OD, usually by 1 to 3mm, and a thinner wall thickness compared to the heavy series.

For example, a male adaptor with thread OD 22mm x 1.5mm pitch can be a metric heavy or metric light adaptor. The heavy version will be suitable for a tube with a 14mm OD while the light version will be for 15mm tube OD.

The below images taken from the Ryco 2013 Product Technical Manual—Hydraulics illustrates the above example.

The heavy and light series aren’t interchangeable. All the components need to be the correct sizes in order for a leak light seal to exist. Therefore, a 14mm tube will not sit flush inside an M22x1.5mm metric light adaptor. There would be a 1mm gap and oil will leak as a result.

The above concept carries over from hydraulic metric tube to female hose ends and adapters. 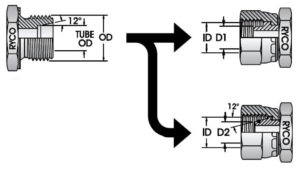 In the above image (taken from the 2013 Ryco Product Technical Manual-Hydraulics) we have on the right two versions of metric female adaptors. The top shows a metal seat seal style and the bottom the o ring sealing technique.

The top adaptor’s seat indicated by D1 will sit against the internal cone of the male adaptor on the left.

The bottom adaptor which seals via an o ring part way up its seat should be viewed in the following way: The o ring will create the seal so imagine that as the olive on a tube. The end of the cone shown by D2 can be imagined as the end of the tube and will sit past the internal cone of the male adaptor. D2 dimension will generally be 0.2 to 0.3mm larger than the tube OD that will allow the o ring to be compressed against the male adaptors seat creating a tight seal.

Knowing where to measure the male and female adaptors, then matching up these findings with the following chart taken from the 2013 Ryco Product Technical Manual-Hydraulics will go along way in helping you to determine if you require a metric heavy or light series adaptor.

When Heavy or Light is not required

If the adaptor is going to be screwed into a port then the tube OD will be irrelevant. This is because the adapter will need to seal via an o ring or bonded washer against the hex nut and the spotface of the port.

In the case of an o ring seal, the adaptor will be much like a UNO adaptor except of course the thread will be metric. The port will have an indent for the o ring to compress into as the hex nut of the adaptor is tightened down onto the face of the port. 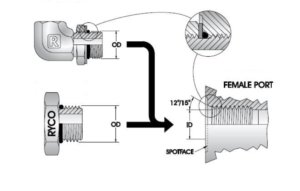 Purpose made metric o ring adaptors aren’t very common and the easiest workaround instead of trying to source such an adaptor is to remove the chamfer from a metric adaptor designed for a bonded washer. These adapters have a chamfer against the hex nut face, which will help compress the o ring down onto the spot face.

In the below diagram is the bonded washer style. The o ring will compress between the hex nut and the spotface of the port creating a seal. The o ring is held in place by the metal retaining ring. Bonded washers are a moulded one-piece design but an individual o ring and retainer ring can also be used.