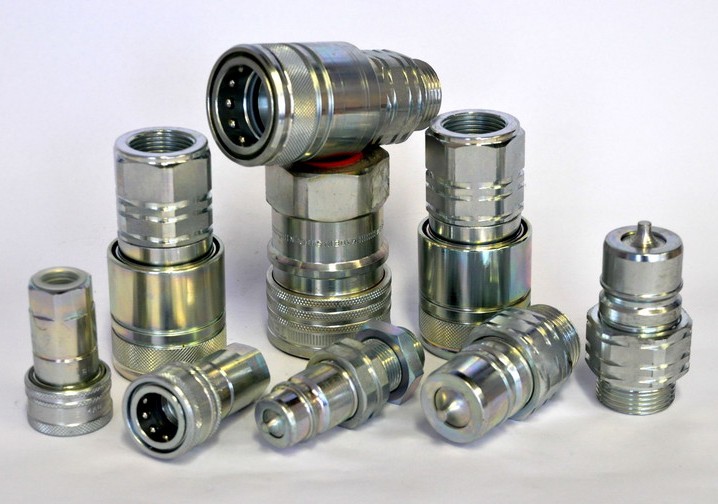 In hydraulic fluid power systems, power is transmitted through an enclosed circuit via fluid under pressure. Quick release couplings or QRC’s (also known as quick-action couplings, quick connect couplings, break-away couplings, just to name a few) are used to join or separate fluid conductors to or from a circuit.

There are just as many types of QRC’s as there are manufacturers. Thankfully, there is an international standard to which the manufacturers conform to. The International Organization for Standardization (ISO) specifies things such as the dimensional requirements and performance requirements and allocates an ISO number. Examples of these ISO numbers are ISO 7241 Series A, ISO 7241 Series B, and ISO 16028. Some manufacturers who produce QRC’s in this series are Ryco, Safeway, Parker, Eaton/Aeroquip, Faster, Hansen, Holmbury among others.

Many of these manufacturers release a cross reference chart in their catalogues to help in determining what other brands their QRC’s are interchangeable with. Some even release to-scale profile outlines for quick match up of a couplings physical size (The various ISO standard physical dimensions are only available as part of the full documentation available from ISO.org and must be purchased).

The Ryco website ryco.com.au has information regarding its quick release couplings and below is a small snippet from the cross reference chart:

When identifying and replacing QRC’s it is helpful to try and find a part number or other identification marks that can be used to determine it’s ISO standard and series.

Lastly, it’s also important to point out that not all QRC’s comply to a particular ISO standard but many of the manufacturers have gone to the effort of making their own versions that are interchangeable with others. Finding any identifying marks can aid in locating a new genuine QRC or an equivalent QRC from an alternate manufacturer.

Want to know more about quick release couplings? Talk to the guys at Gerrard Hydraulics today!